How to manage dependencies in INTUNE? 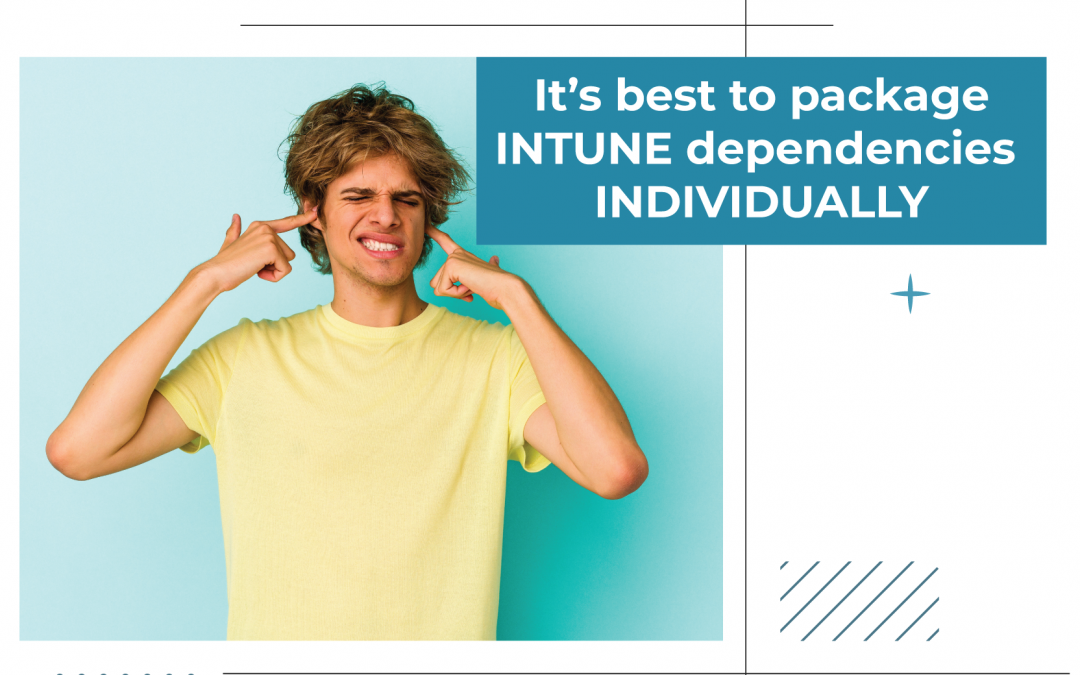 How to manage dependencies in INTUNE?

INTUNE application packaging as we know it today, has been around for a while. One of the most common questions I get from different companies that we provide packaging services to is: “Why do we have to package dependencies separately?”. In other words, rip out dependencies from vendor installer, such as VC++ Redistributables, .NET, MSXML, etc.

Since this question seems to become more frequent, I wanted to take the time and share my explanation about how dependencies work and give a little insight as to why we need to rip them out and create a separate package.

Let’s start with dependencies. Why do we have them?

When vendors develop their software, more often than not they use common libraries, for the sole purpose of not ‘reinventing the wheel’ and therefore reducing development time. By doing so, they increase software performance since these libraries are proven and streamlined over the years. For example, “Visual C++ Redistributable” contains DLL (Dynamic Link Library) files, which are required by software or games when those are built using Microsoft’s Visual Studio. So what consequently happens is that whenever software requires a DLL or some other supporting file to run, it automatically looks for dependency on the particular device where software is installed.

Intune has very similar functionality as SCCM, so you can map a dependency to be installed before the main application. This feature works like a charm IF you have Win32 apps (*.intunewin file). Meaning that if you have any other apps but Win32, then you won’t be able to map the same type of apps as a dependency.

There are 3 ways of managing dependencies using Intune:

SCCM had always had the option to map dependencies as a separate package, and now you can also perform the same within the Intune environment as well (it has been there for a while), so I recommend using this option to have a clean and productive environment. By doing this you will spend less time troubleshooting application issues. Your initial time investment will be finding dependencies and riping them out from the vendor installer, but if you do it right from the get-go, you have far less headache in the future.

When asked, I always suggest and encourage to package dependencies properly and not just by relying upon the silent switch.

Below is a list of the most common dependencies we recognized and currently offer them pre-packaged for purchase and seamless deployment within your Intune environment:

In case you need packaging services and/or consultation on Intune apps, UonCloud is happy to help. Here is a link (Common Intune Dependencies) if you’re interested in learning more about the before-mentioned common dependencies.

I hope you found this useful and I’m happy to answer any questions you might have.